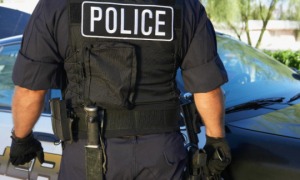 This is, sadly, the sequel to my previous blog Home Alone.

After surfacing physically unscathed from an attempted home invasion, I found my troubles far from over. I was still alone and therefore an opportunity, a target for mischief. 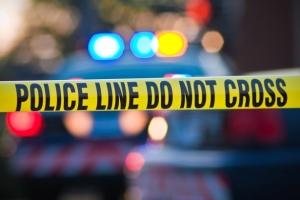 Several days after the aborted assault my rescuing policeman returned to visit, this time alone. He came early on a Saturday and I welcomed him because I trusted him; respected authority and this policeman fit the criteria. I objectified this man; seeing him as a policeman and nothing beyond the duties of his role. That was my first mistake.

The policeman had good news. They had caught my perpetrators, older brothers of kids in my class. He reassured me of my safety, and casually asked me if I would continue to live alone. I told him I had secured a roommate, but she had commitments that would take time to settle.” So you will be on your own a while?”, he commented, “I will look out for you”. I could not believe how grateful those 5 words made me feel. I thanked him and invited him to drop by for coffee any time he was in the area. At the time, at my age, in my circumstance, this did not feel dangerous.

After the second visit, at odd hours, I lied. I told him I would be out of town so he could not drop by anymore. His presence no longer felt safe or official, the way he looked at me, the way he breathed, and the way his pupils would dilate felt sexual, invasive and threatening. I realized his visits were no longer police business. If I had been fearful the night of my home invasion, I was now unmoored. I did not know how to protect myself. Should I call the police? Who would I phone and what would I say? Would anyone believe me, or worse, would I be punished?

Weeks went by and he left me alone. One night I left a party at 2 am and noticed that I was being followed. I realized it was a police car and expected to be stopped. I wasn’t. I got home, dove through my front door and locked it. I knew who followed me. Minutes passed and an officious knock on the door forced me to look. It was the policeman.

I did not know how to ignore him. I answered the door leaving the screen door closed. “I’d like to come in for coffee”, he said and his face told me coffee was not on the radar. I told him he should leave or I would call the police, closed the door, got my same kitchen knife, sat on the couch and waited for my second home invasion.

A week later I went night skiing. On my way home, a different police officer stopped me. The constable told me that he suspected that I had drugs in the car. I did not. He made me get out and proceeded to rip my car apart. My back seat was stripped from its moorings and thrown in a snow bank and then he left. At nine o’clock at night I was left trying to get my back seat into place, sobbing, furious, afraid and totally alone, I later assumed this episode was the payback for my threat to report.

My roommate moved in and I knew that changed everything. The herd now protected me. When I was driving I was sure that I would be stopped but that never occurred either. Within the year I was glad to leave the community altogether.

What have I learned from this lesson? I have been forced to acknowledge that women alone are prey and I no longer choose to be alone. I am suspicious of individuals in positions of authority, as I know what the abuse of power looks like and worse, how it feels. I realize that there are good people and bad ones and some who behave badly when the situation arises. I do not resent the lesson, as it taught me no one deserves my trust for free.

The embedded links are just a few stories that are similar to mine.